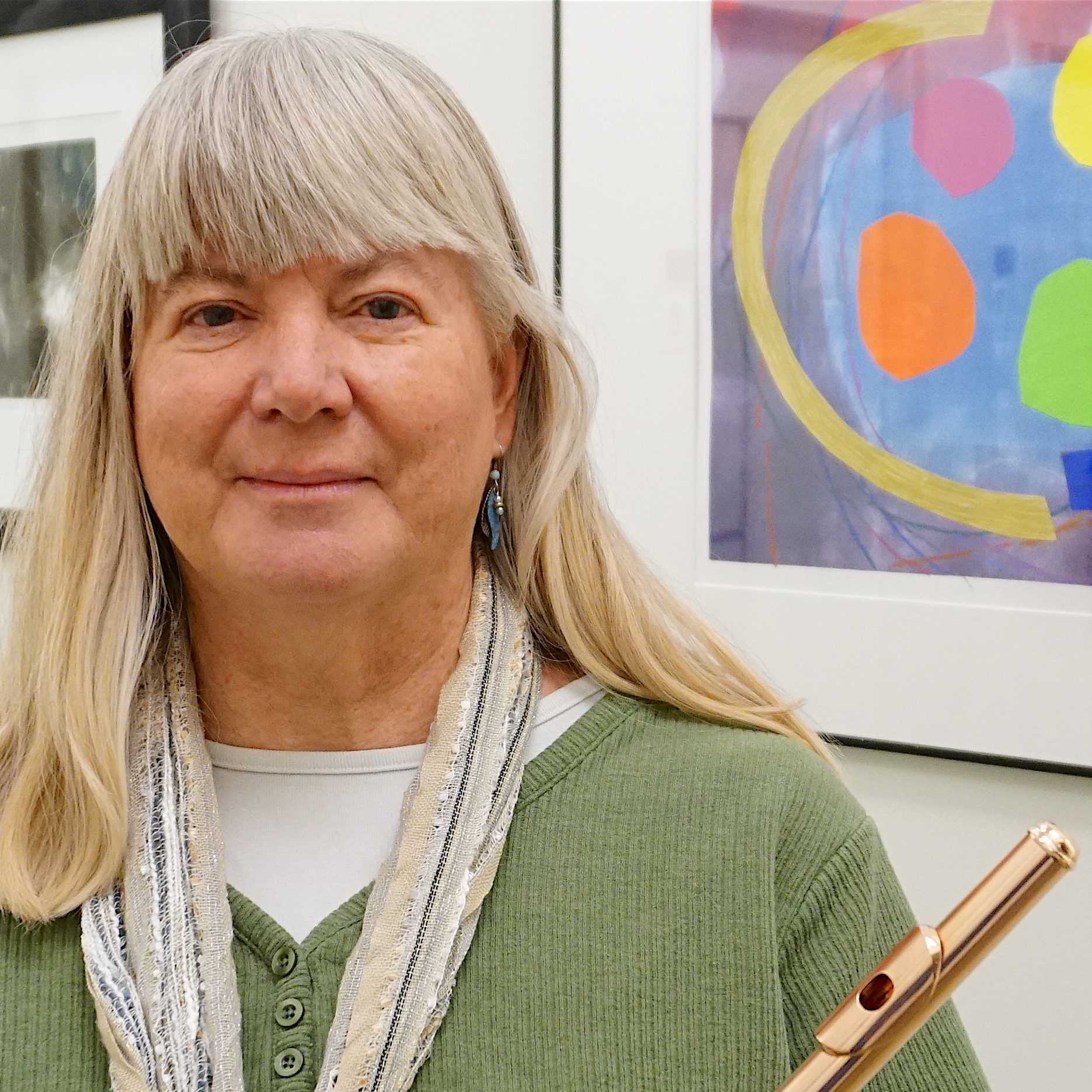 Laura Campbell is on the faculties of Colgate University (where she teaches flute and is the personnel manager and principal flutist of the Colgate Orchestra) and Wells College (where she is the director of the chamber orchestra and jazz band). She has taught flute privately for many years in the Ithaca and Trumansburg areas. Laura performs regularly with the Orchestra of the Southern Finger Lakes, the Finger Lakes Flutes, as a member of a flute and harp duo with Myra Kovary, and in many other chamber music programs. She is also a performing board member of Music’s Recreation, whose goal is to bring the joy of classical music to audiences of all ages. Laura Campbell can be heard on several CDs including: “Morning Light” – Music for Flute and Harp, “Visions” – Laurie Conrad’s music for flute and harp, “Pinocchio and Beauty and the Beast” with the Society for New Music released on Innova, “Baroque Music for the Guitar” with Karl Wolff, “Classical Music for the Guitar” with Karl Wolff, and “Evocations” – released by Capstone Records. Several of these are available on iTunes and CDBaby.com. Laura Campbell has a B.Mus. degree with “high honors” in performance and music education from Southern Illinois University in Edwardsville and an M.S. in Music Education under a Graduate Fellowship from the University of Illinois. She has studied with Janet Scott (formerly of the St. Louis Symphony), Kenton Terry (formerly of the Philadelphia Orchestra), Alexander Murray (formerly of the London Symphony), and Robert Dick (NYC composer, author, and expert on extended techniques for the flute).