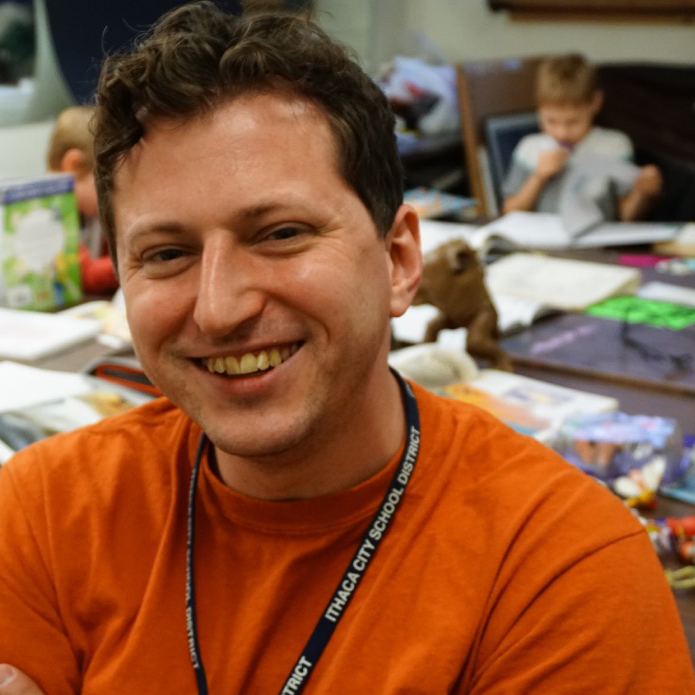 Ryan Abb is a graphic novelist and collagist who studied under book artist Warren Lehrer at SUNY Purchase (B.S. Visual Arts, 2005). He has also freelanced as an actor, musician, comedian, and puppeteer and has taught children in summer camp and after-school programs (New Century School, Baltimore, MD).  Ryan has a gift for finding humor, simplifying complicated subjects, creative combination, and establishing a rapport with students. His current dream is to capture imaginations with a sci-fi cartoon starring a clumsy kid from Indonesia who gets caught up in a team of aliens.