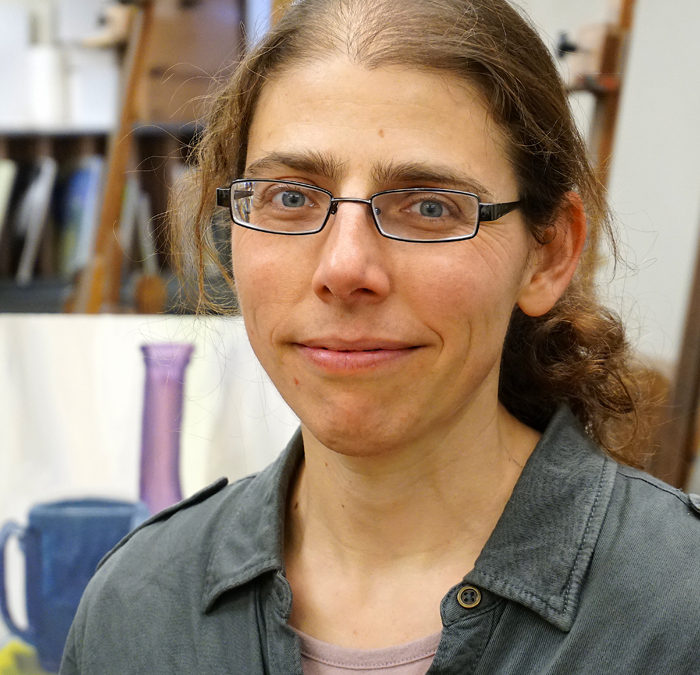 Jessica Baron Warner received a BFA from SUNY Purchase with a concentration in painting and drawing. Before graduating, she spent a summer studying in Italy, which continues to have an impact on her painting. After spending some time living and working in Brooklyn and Westchester County, Jessica has been living and painting in Ithaca since 2008. At the State of the Art Gallery’s Regional Juried Show in 2011, her painting was awarded a top prize. That year, she was also selected to participate in the NYFA MARK ’11 competitive professional development program. In 2013, Jessica’s work was included in a 3 person show, “First Person, Twice Removed” at the Handwerker Gallery at Ithaca College. Several paintings were also included in Here + Now at Exhibit A in Corning, NY that same year. Other projects included collaborating with artist Werner Sun to create “Sculpted Lines”, an installation at Station 923 in Ithaca and two solo shows at the CAP Artspace (2011 and 2015), one of which was partially funded through a New York Foundation for the Arts (NYFA) SOS grant. Her show “By the Waters” took place at The Buffalo Arts Studio in Buffalo, NY in 2014. In 2015, Jessica’s work was included in the Rochester-Fingerlakes Exhibition at the Memorial Art Gallery in Rochester, NY. Many of these shows were reviewed in the Ithaca Times and the Tompkins Weekly.