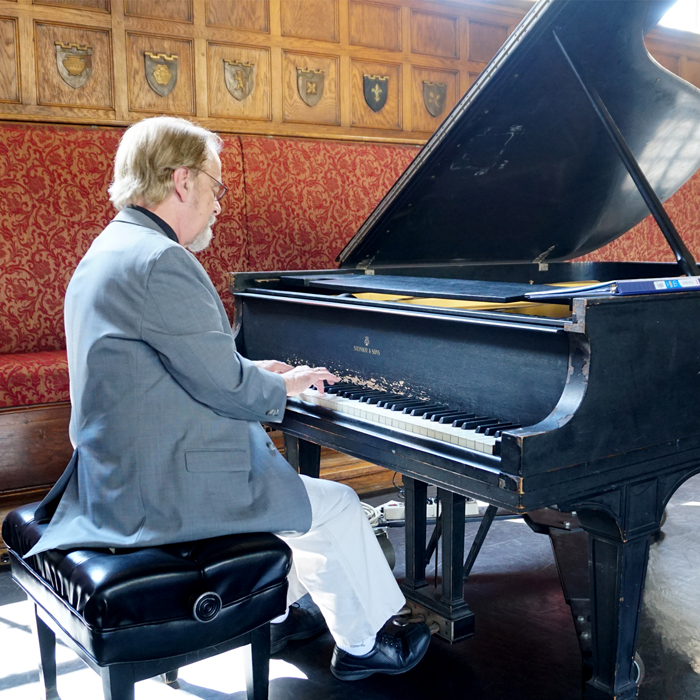 Composer-pianistChristopher Morgan Loy has a catalog of compositions which includes works for piano, voice, chamber ensembles, chamber orchestra, full orchestra, and chorus. He earned the Doctor of Musical Arts in composition from Cornell University in Ithaca, New York where he studied composition with Pulitzer Prize-winning composers, Karel Husa (1969) and Steven Stucky (2005). Loy has been a guest composer/pianist in many venues and recital series throughout the mid-west and New York State. In 1987, Loy was a founding director of ‘EPICYCLE: an ensemble for new music’ based in Cleveland. This organization helped to establish a significant voice for new music in Cleveland. Since the 1980s Loy has received over 25 commissions from members of the Detroit Symphony Orchestra, St. Paul’s Episcopal Church in Cleveland Heights, the Sage Chapel Choir of Cornell University in Ithaca, individuals, and professional musicians. In 1998, 2001 and 2008, he received the New York State Council on the Arts Decentralization Program Grant to compose his Serenade, String Quartet #1 and Poetic Rejuvenations —a large-scale work for five players and poet/narrator. Each year he produces concerts in which he premieres new works of his, along with works of other composers. His works have been heard and premiered in Cleveland, Detroit, Houston, New York, San Francisco, San Antonio, and Ithaca. He teaches Theory and Composition at Binghamton University and serves on the faculty of the Community School of Music and Art (CSMA) in Ithaca, NY. He is also the organist/ pianist at the First Baptist Church of Ithaca.