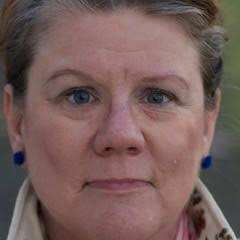 Doreen Kelly Alsen has been a CSMA faculty member since 1985 and is the proud owner of a varied and extremely checkered musical past. She graduated magna cum laude from Barrington College with a Bachelor’s degree in Music Education and followed that up with a Master of Music in Vocal Performance from Ithaca College. She studied conducting with Alfred Smith, Frank Marinaccio, and Larry Doebler. Her voice teachers include Rosamund Wadsworth, Ed Doucette, Carol McAmis, Gary Race, and Peter Sicilian, as well as master classes in Vienna, Austria with Kammersängerin Sena Jurinac. She has sung featured roles for the Ithaca Opera, the Cabot Street Light Opera (Providence, RI) and the Rhode Island Gilbert and Sullivan Society. While living in Trier, Germany, Doreen taught American musical theater at the Universität Trier, as well as giving a series of lectures and recitals on the connections between American composers and poets. As the Artistic Director and Principal Conductor for The Women’s Chorale of Corning, https://twccorning.org, Doreen is devoted to the cause of excellence in the performance of the rich and varied catalog of treble choral literature. A published author, Doreen writes the scripts and directs the music for CSMA’s wildly popular teen musical theater camp Star Search. Doreen is a published author with six novels and one novella from The Wild Rose Press. She is a long time member of the Romance Writers of America, the Central New York Romance Writers, and the Southern Tier Authors of Romance. www.doreenalsen.com; www.Facebook.com.Doreen_Alsen_Author